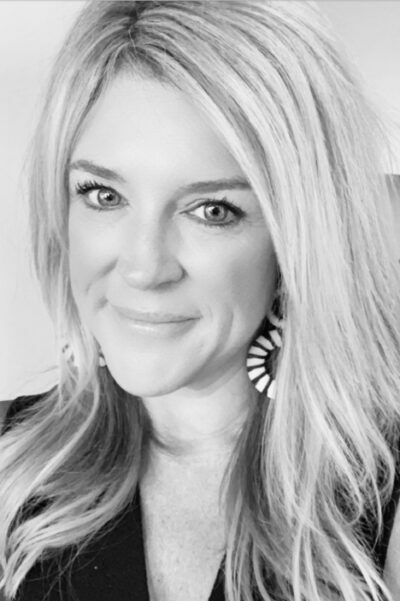 A born planner with an eye for innovative design, Kelly is the driving visionary force behind A Savvy Event. Before founding ASE, Kelly’s impeccable eye for the all-things aesthetic was sharpened by her years working for both the Ritz-Carlton Hotel Company and Fairmont Hotels and Resorts. She brings professional interior-design training and over a decade’s worth of experience in planning, consulting and coordinating events to every wedding she plans.

Kelly’s natural attention to detail and thorough understanding of each couple’s distinct style makes her an unparalleled guiding force in the planning process. Kelly takes time getting to know each bride and groom, and – from invitation sourcing to linen sampling to cocktail crafting – weaves their vision cohesively and flawlessly throughout their event. One of her favorite parts of working with couples is forming lifelong friendships –  while her relationship with each couple usually starts with wedding planning, it often continues on to see her planning other milestone-events in their lives (think: baby showers, birthdays, anniversary parties).

Kelly finds motivation in always keeping her crew and company on the forefront of trends in the industry. It was this passion to collaborate that led her to co-found Oh So Inspired, an annual creative retreat in Sonoma for professionals in the event and wedding-planning space (an event that she always walks away from with an outlook that’s refreshed and a notebook that’s chock-full of new ideas).

When Kelly isn’t busy bringing her brides’ visions to life, you can find her spending time with her two daughters – usually in the form of a spontaneous day-trip or an outing to a new restaurant in town. 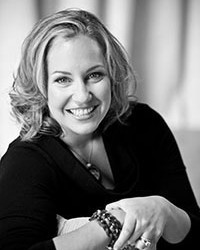 Jamie Fields is a fifth generation San Franciscan that acknowledges her affection and slight bias in favor of the City by the Bay. Her native New Yorker husband is an incredibly supportive and understanding man. Jamie’s pride and joy is their gorgeous daughters, Chloe and Brooke.

Jamie is a veteran of the hospitality industry with 10+ years experience. She began her career with New York’s B.R. Guest Restaurants, booking and managing events at such Manhattan hotspots as Blue Water Grill, Dos Caminos, Ruby Foo’s & Fiamma. She continued her career pursuits at The Fairmont Hotel San Francisco atop Nob Hill.

As manager of the Catering Group, Jamie drove business planning every aspect, from intake to close out, for all events, ranging from special awareness fundraisers, nonprofit functions, and political events, to corporate parties and grand weddings. Jamie is a sucker for champagne toasts, towering cakes and first dances. She will organize your wedding from soup to nuts with confidence and enthusiasm. jamiefields(at)asavvyevent.com 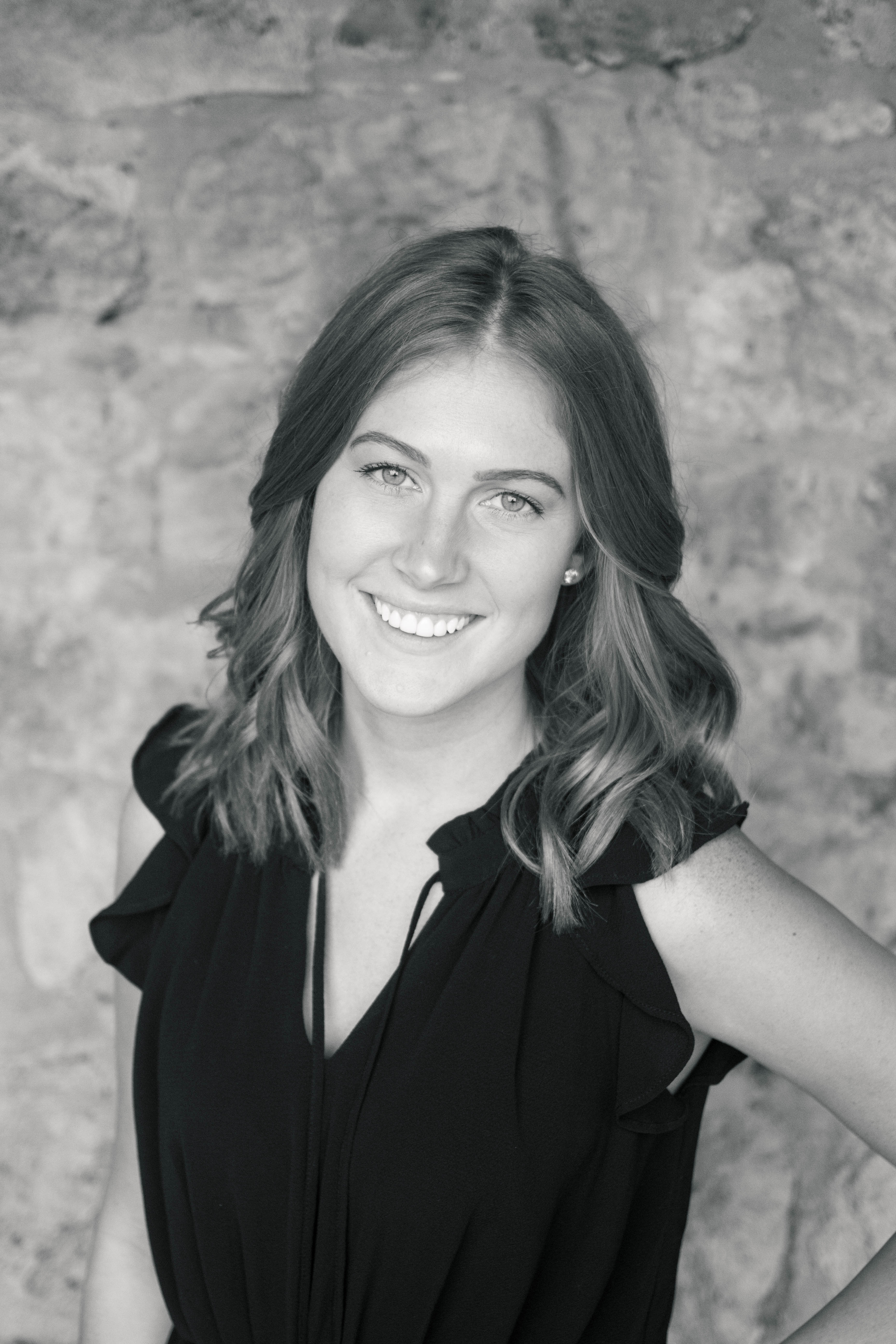 Kimberly Rosen is originally from Michigan, where she grew up and eventually attended Central Michigan University, studying event planning and hospitality.

After interning with a Northern Michigan wedding planner, Kimberly fell in love with planning weddings. She then moved to Long Island, NY where she worked as an event planner at a boutique hotel for three years. Inspired by the beautiful venues and stunning landscapes of California Wine Country, Kimberly moved to the Napa Valley to continue her career as a wedding planner. After working for two event venues in Napa Valley, Kimberly joined the A Savvy Event team! She is passionate about fashion and design, and loves bringing this aspect into the weddings she plans with her clients. She has also been converted into a Napa “foodie”, loves trying new restaurants and introducing her couples to the best wine country cuisine. kimberly(at)asavvyevent.com 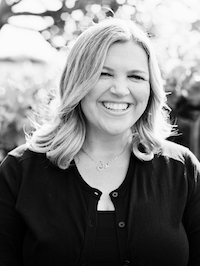 Weddings and events are Courtney’s passion! With over 8 years of experience Courtney’s bright smile and meticulous attention to detail embodies what every couple is looking for in a planner.

Courtney earned her business degree at Pepperdine University and graphic design certification at UCLA. Courtney’s background in graphic design established her love for creativity, eye for detail, and commitment to customer service excellence. In 2010 Courtney started working for an event venue as the events manager and wedding coordinator and truly found her niche. She continuously goes above and beyond to make sure that her client’s visions are brought to life, all the while making it a fun, organized, and creative process. She currently lives in Sonoma with her husband Chris, their son Kip, and their 2 dogs. Courtney is thrilled to be part of the A Savvy Event team and is looking forward to meeting you! courtney(at)asavvyevent.com 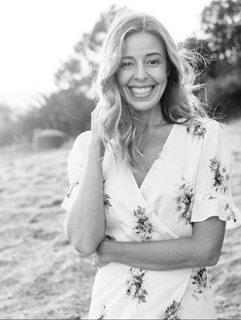 A recent Northern California to Middle Tennessee-transplant, Rachel spent years in San Francisco and wine country hospitality; wearing many hats that included coordinating private dinner parties, catering weddings and events, restaurant work in fine dining, food blogging, and even having her own booth at the Sonoma farmers’ market selling salads and smoothies. An Oregon native, Rachel graduated from the University of Oregon with a degree in Journalism Public Relations and a minor in Business.

Rachel has a passion for creating seamless and memorable experiences. She believes the best parties are the ones where guests aren’t even thinking about the “service” because everything is right where it needs to be, right when it needs to be there. Rachel loves handling all the details so that hosts can sit back and enjoy their own parties with peace-of-mind knowing all the details are being taken care of.

When Rachel isn’t dreaming up beautiful events, she can be found at one of the many local farmers markets, in the kitchen whisking up healthy eats, hosting small cooking parties, or working with clients in her holistic health coaching practice called Pink Greens. rachel(at)asavvyevent.com 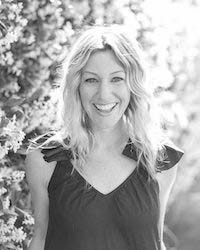 Lisa is a branding and marketing professional with over 18 years of experience pairing both established and start-up brands with top media outlets, innovators, and celebrities.

A Los Angeles native, Lisa began her career in the entertainment
industry in Public Relations on the set of Warner Brothers’, “EXTRA.” Her experience on the hit show propelled her into becoming a freelance TV producer, giving her the opportunity to work on some of television’s most successful and highest rated shows, including, “Celebrity Apprentice,” “The Bachelor,” “The Real World” and “America’s Next Top Model.”

Lisa’s ability to seamlessly pair brands with television networks led to cross-promotional marketing opportunities which leveraged her relationships with high-profile magazines such as US Weekly, OK! and Life & Style. From Red Carpet events to television shows to blogs and magazines, Lisa has worked and made a lasting impression among some of Hollywood’s finest A-Listers, including Victoria Beckham, Tyra Banks, Jennifer Lopez, and Hugh Hefner. Her clients’ various products have also made their way into the hands of dozens of shows including, NBC’s “Today Show, E!’s “The Girls Next Door,” ABC’s “The Bachelor” and ABC’s “Dancing with the Stars”.

Lisa’s creativity, her knack for thinking outside the box and her experience in production makes for a perfect transition into the world of Wedding & Event Planning! She and her husband reside in Marin County where they are raising their children. lisa(at)asavvyevent.com

CONNECT WITH A SAVVY EVENT: